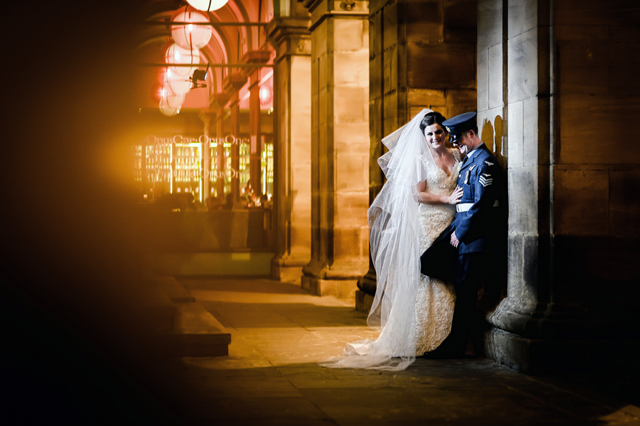 What’s not to love about a Manchester wedding!

The day began with some spirited ‘bride getting ready’ shots. In charge of the important bit was the very capable hair and makeup magician Clare Ardern – I think the third wedding in a month where we’ve crossed paths :) The bride (Lucy) had very strong ideas about her photography, it was to be ‘almost’ completely documentary style, with the minimal of creative intervention!

RAF uniforms for the boys

Nathan arrived at Manchester Town Hall with his entourage of RAF colleagues in tow, all looking quite dapper in their RAF uniforms. Manchester Town Hall has to be one of our favourite venues, the gothic architecture is just amazing, it’s a film set without even trying! A short and succinct ceremony in the Conference Hall (such an understated name for such an epic room) was very much their style, followed by a short wander around the town hall with Lucy and Nathan in a ‘documentary way’ ;) Then we walked over to The Radission Blu Edwardian, whilst they were chauffeured the short distance. One shot which was a must have, is the 14th floor shot – it was definitely worth it, what a fantastic view over Manchester and most importantly including town hall too!

Make your wedding part of The Radisson’s impressive history!

The Radisson Blu Edwardian is a truly impressive hotel (even without the view!) with an even more impressive history included as the Free Trade Hall where Winston Churchill gave his ‘most brilliant speech’, Bob Dylan’s first electric gig (good or bad?) and the last person to speak there being the Dalai Lama! In keeping with the RAF, the wedding favours for the boys were polystyrene model planes you got as a kid – great fun no matter how old you are :) and vintage RAF postcards for the table name cards. Two casino tables and a lot of enthusiastic dancing, we left Lucy and Nathan to party the rest of their night away. 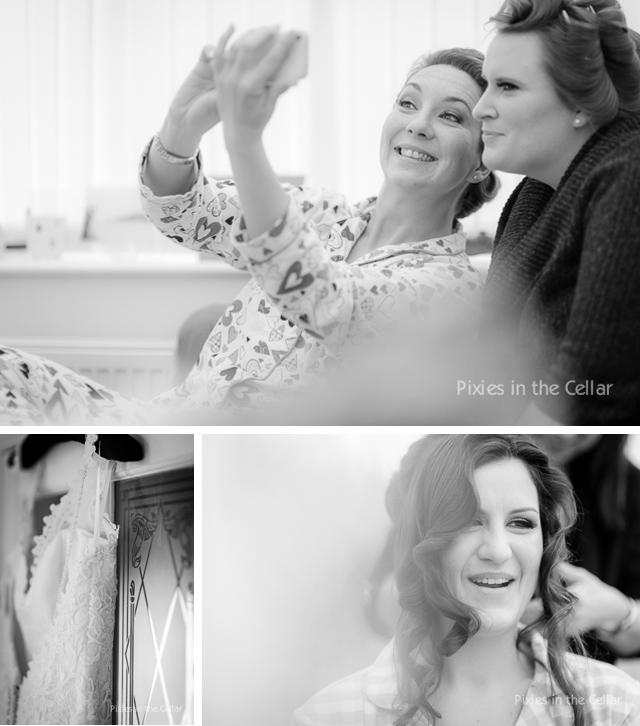 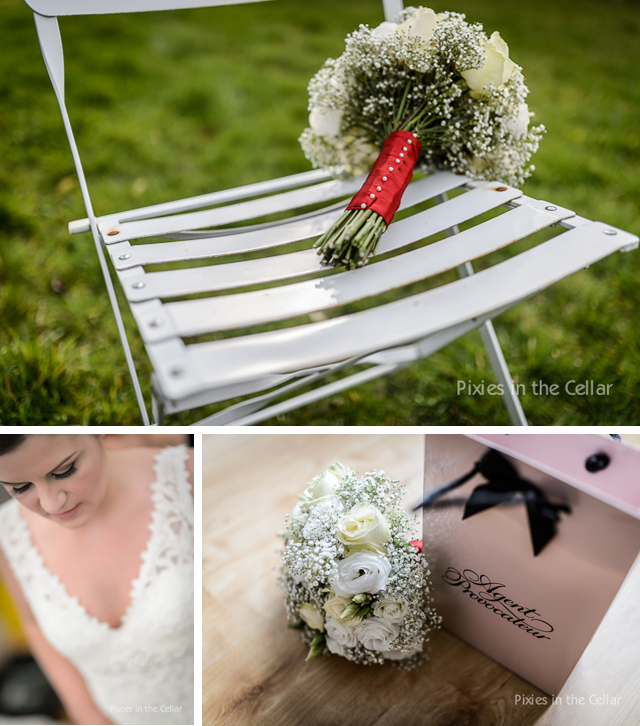 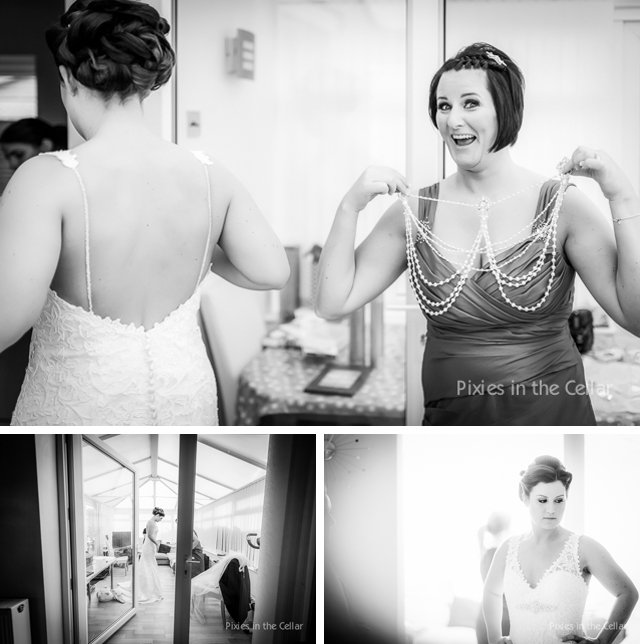 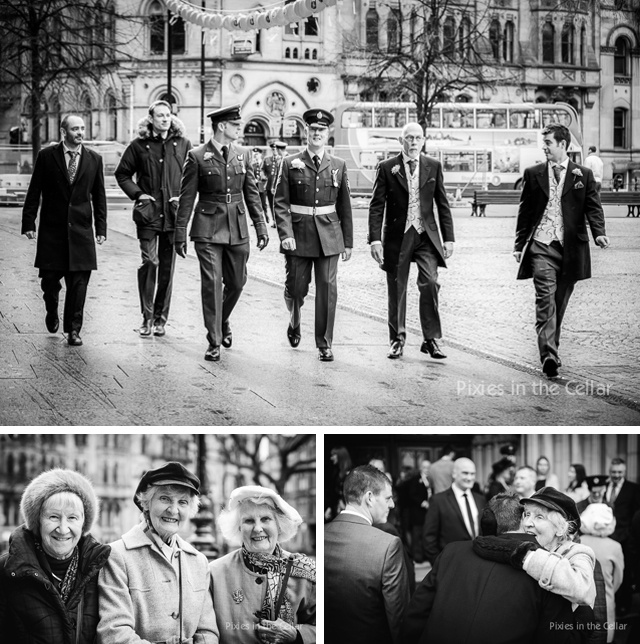 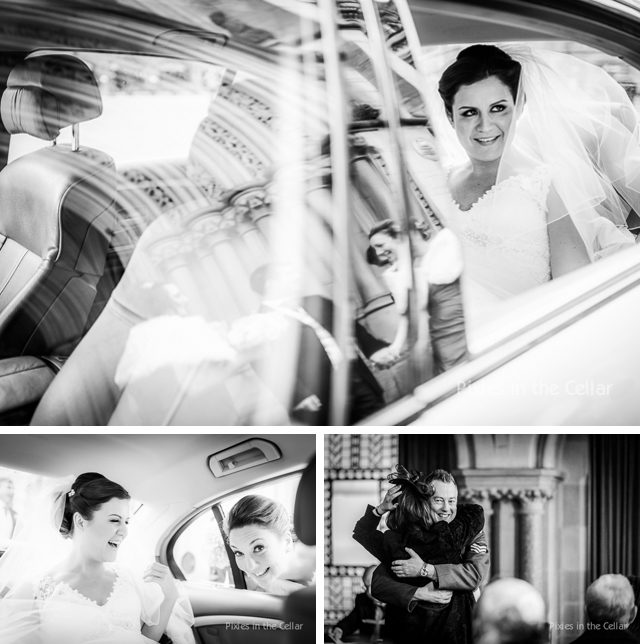 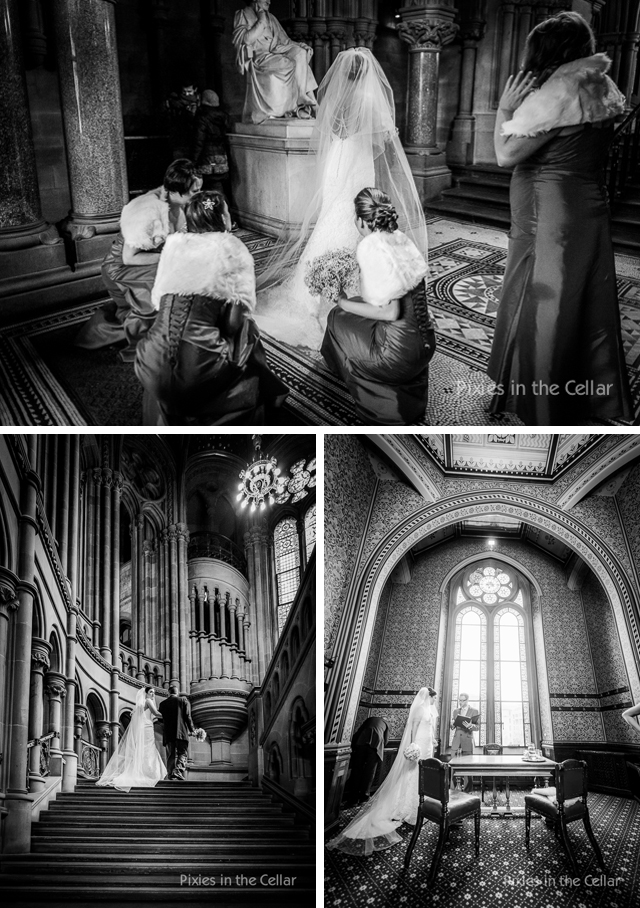 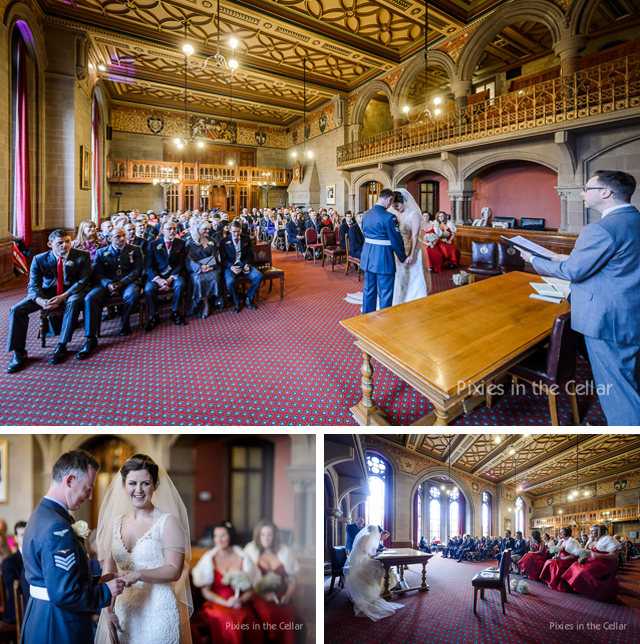 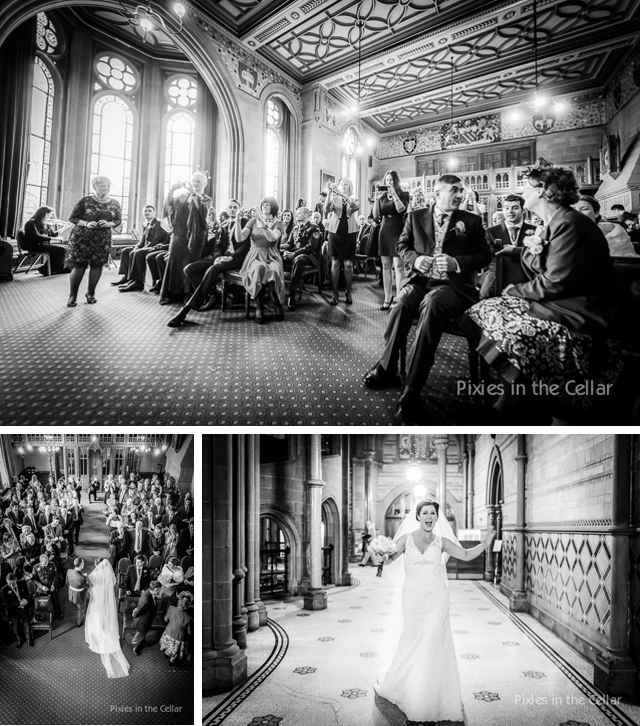 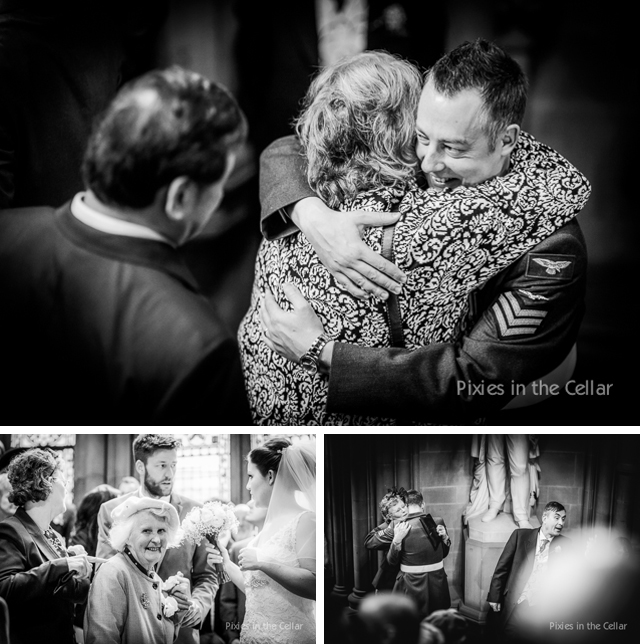 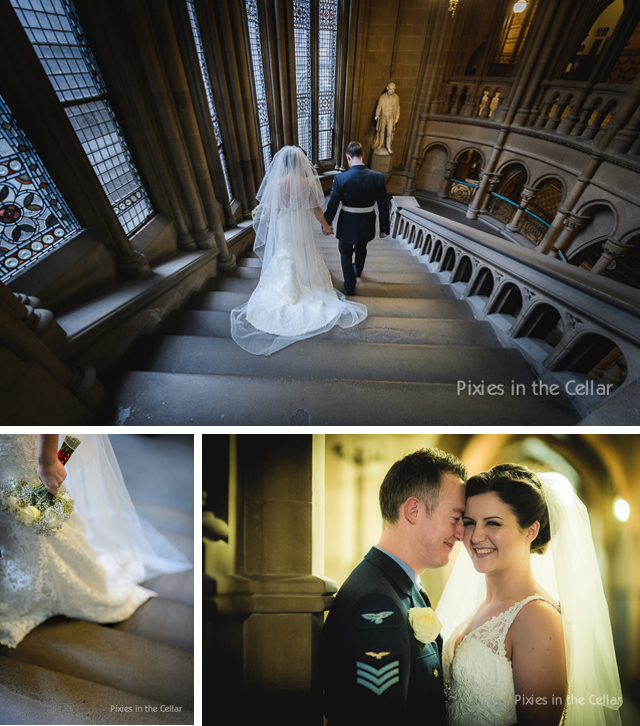 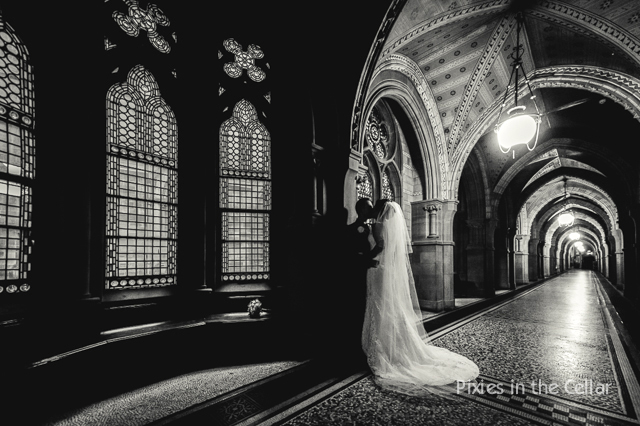 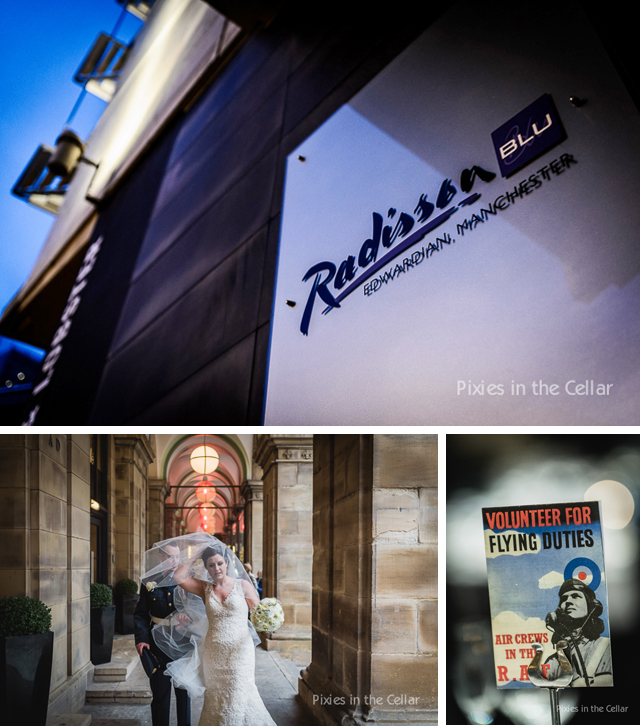 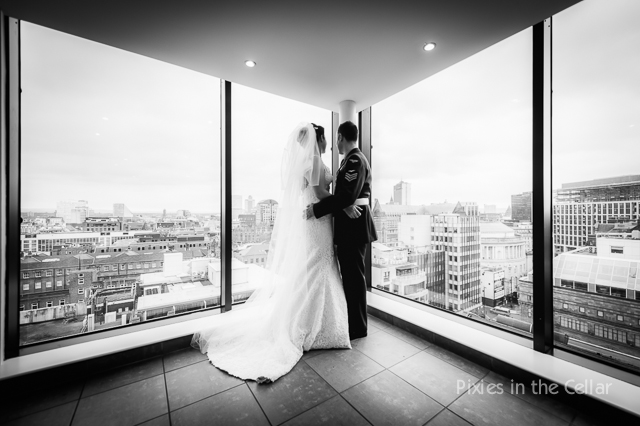 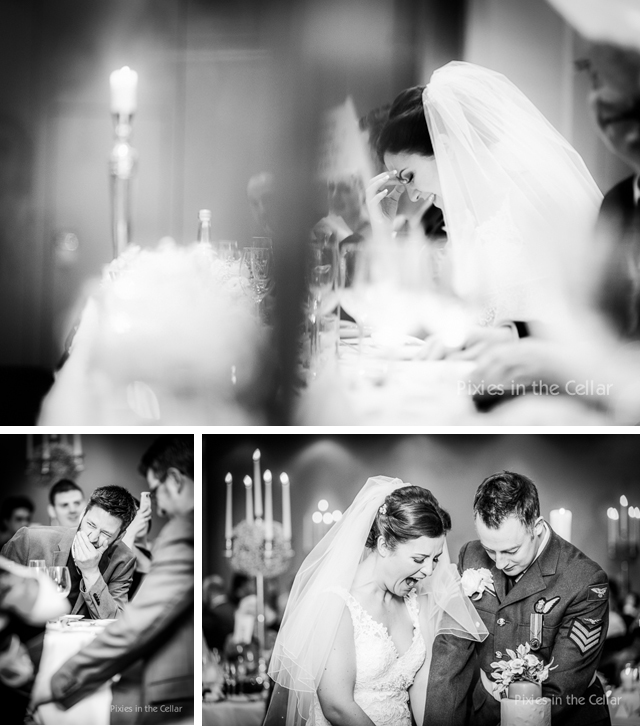 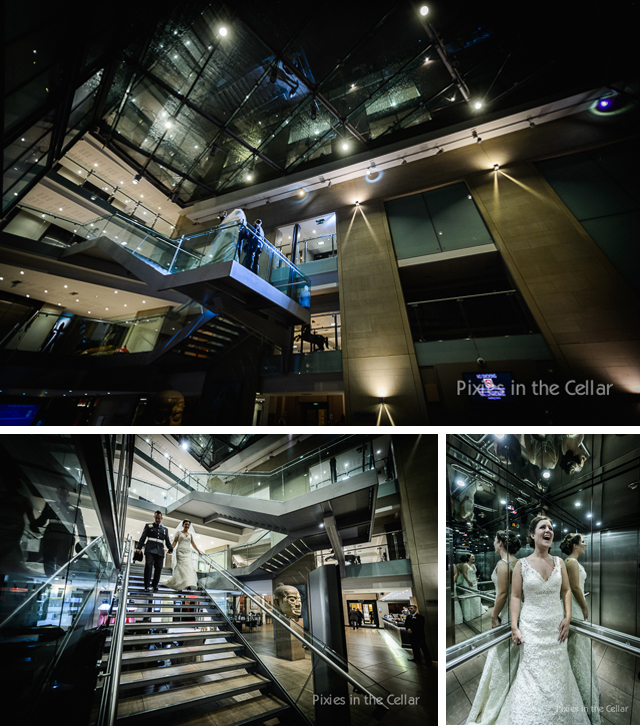 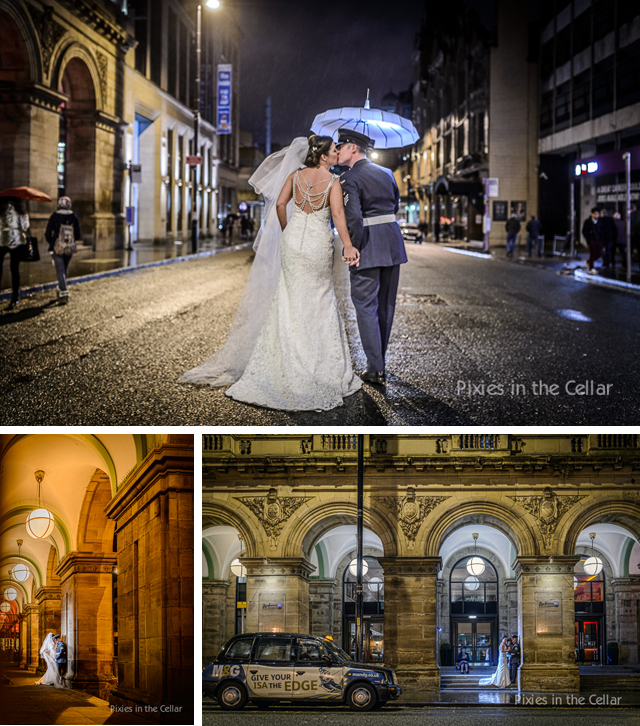 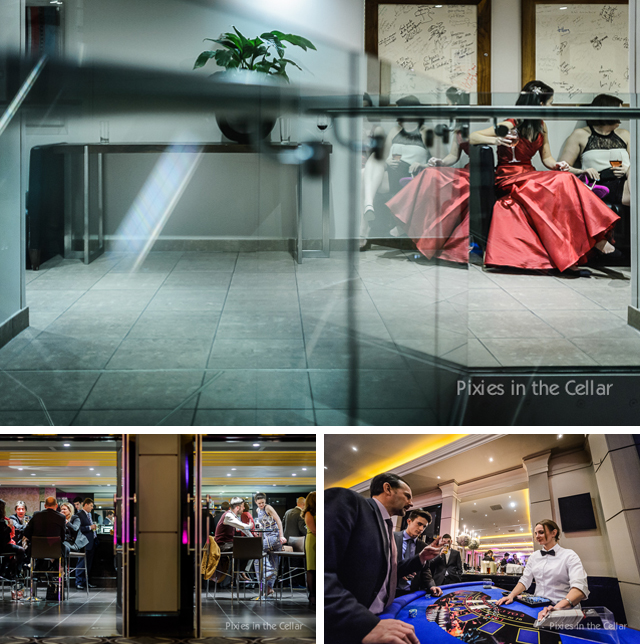 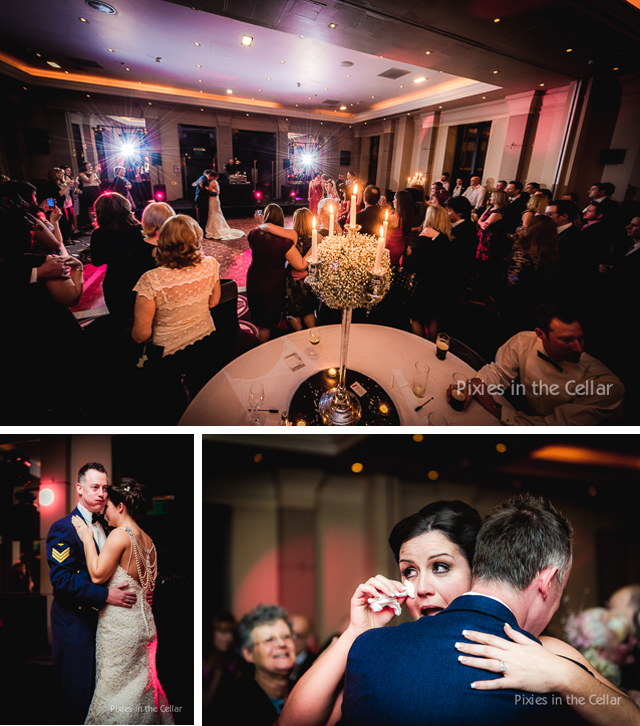 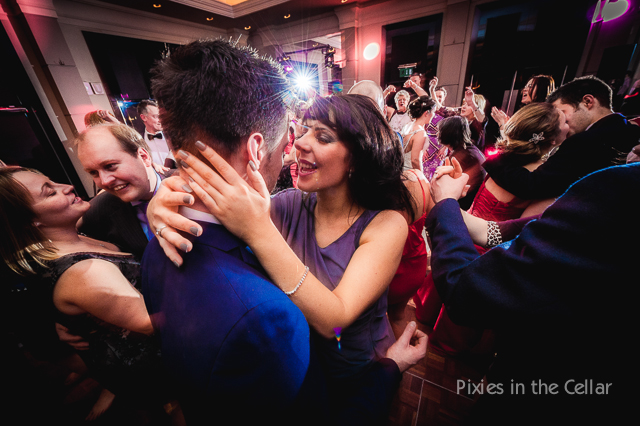 Wedding Photography: Pixies in the Cellar 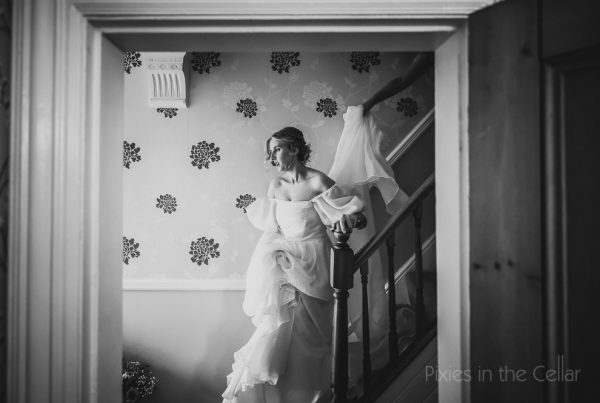 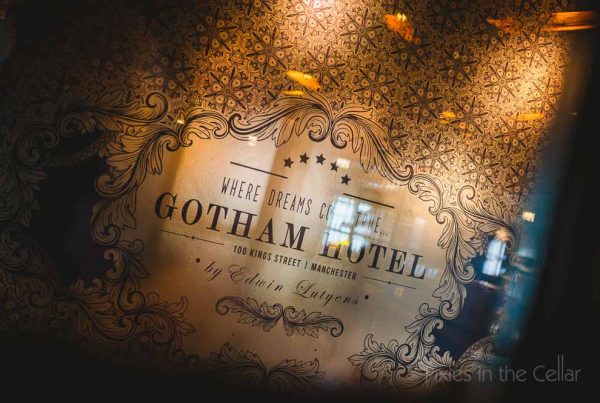 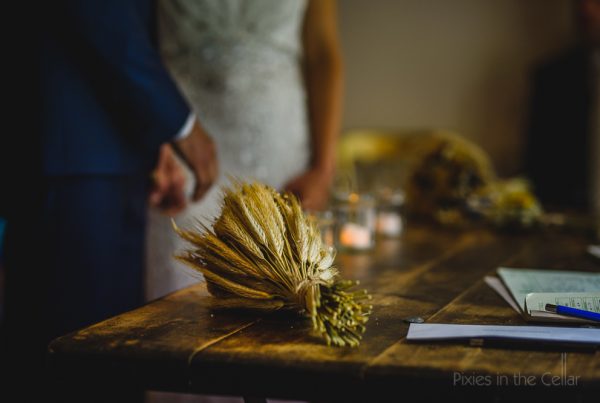