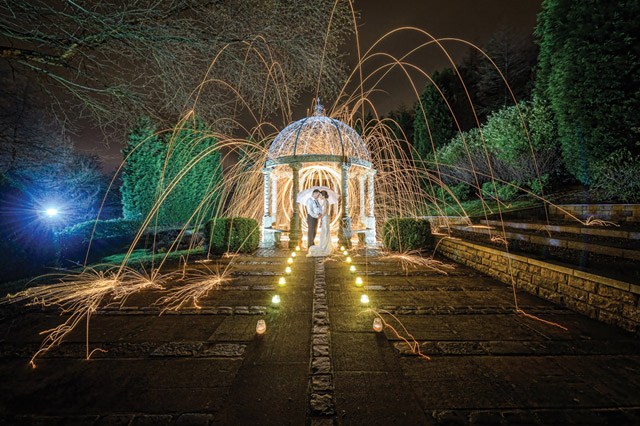 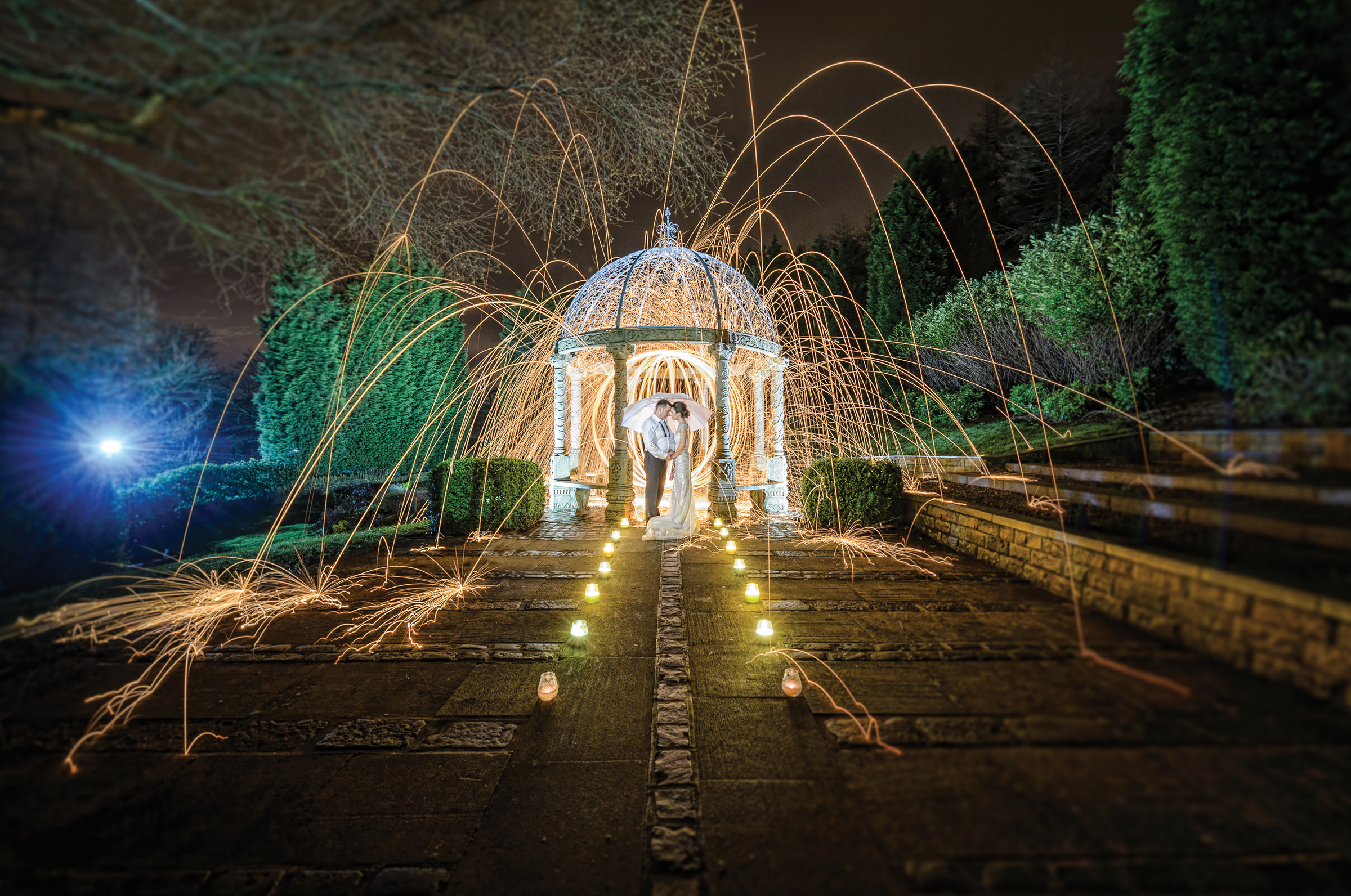 Pixies in the Cellar (erm… Peter & Sara) were very privileged to be asked to photograph the wedding of Daniella & Scott at The Saddleworth Hotel, Scott being the owner’s son. You can imagine how many wedding photographers they had the pick of, so yes, quite an honour!

The wedding was to take place on New Year’s Eve which meant two things… dark winter days and something extra special was required, two things that rarely go together!

We’ve been playing around with light sticks recently (take a look at Clare & Ian’s wedding) great for these long winter nights. But Daniella & Scott’s wedding needed something with a little more ‘pizazz’ with it being New Year’s Eve… so we opted for some real pyrotechnics, bearing-in-mind Daniella’s dress was in the region of £5k! but sometime’s you need to take the occasional risk, yes? :)

This technique required nothing more than wirewool, a food whisk on a cord and an umbrella for the bride and groom to stay ‘singe-free’ :) A long exposure with a flick of flash light on the wedding couple was all it took, not forgetting the person swinging the flaming wirewool behind them of course!

The stone gazebo at The Saddleworth Hotel offered structure for this style of shot, totally perfect too with it’s round, ornate roof. The bride and groom were asked to close their eyes and rest their heads together, the funniest thing was they had no idea what was happening behind them.

Photography: Pixies in the Cellar 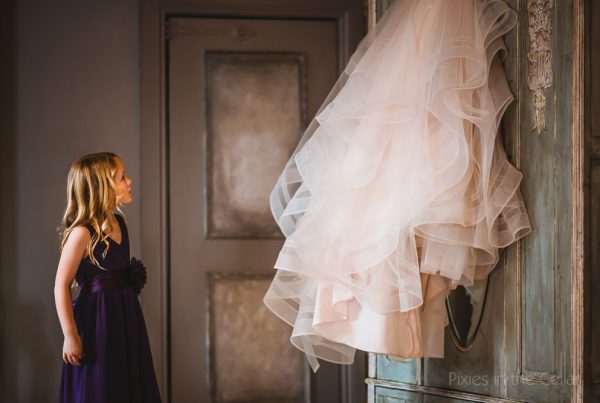 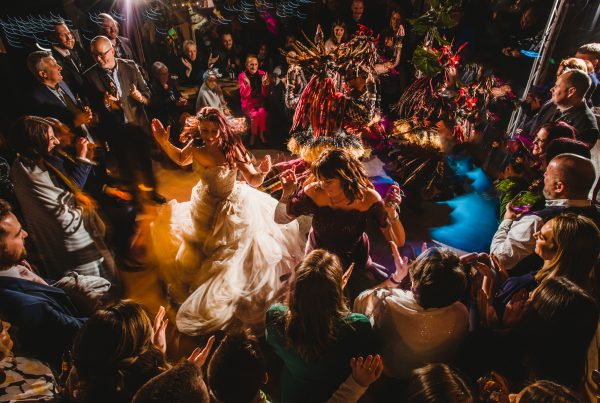 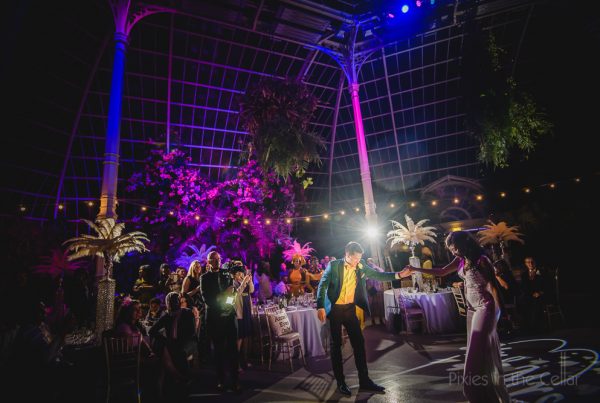